Having worked so very hard to keep women away from any kind of leadership, are men ready to accept responsibility for the climate mess we’re now in and, perhaps, allow women to have a say? It really cannot be denied that the world we live in has been driven largely by men’s priorities. These priorities are, indeed, the main culprits of the climate crisis we’re finally facing up to. Women have long been the ones most affected by climate change, but with the least say in how to go about changing things.

Thankfully, along with rising general awareness of the need to act, this imbalance also seems to be changing. The recent COP26 (which incidentally means Conference of Parties, if you weren’t aware) in Glasgow even had a whole day dedicated to Gender Equality.

“We can’t solve the climate crisis without involving women”

Amanda Blanc, Group Chief Executive of Aviva and Chair of the Women in Climate Action Group, has been at the forefront of this move. The Group presented its report on gender inequality in private climate finance just prior to COP26. They came up with some key ways that business and society can work to redress the gender balance when it comes to tackling climate change. “We can’t solve the climate crisis without involving women”, was Amanda, and the Group’s, clear message. 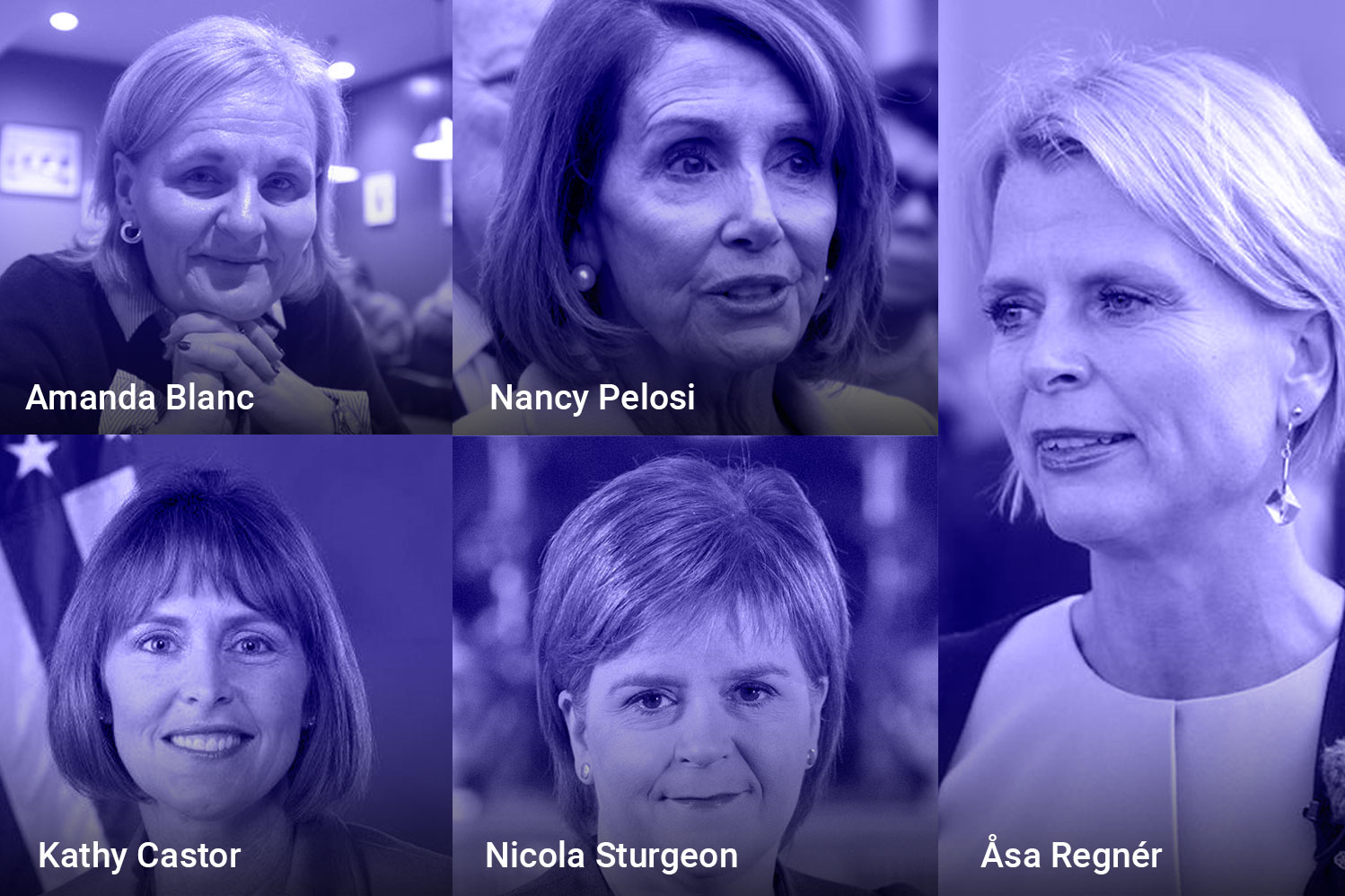 “Climate change is a feminist issue”

And they aren’t alone! Women from all different walks of life and parts of the world came together last Tuesday, 9th November to add their voices in calling for a change. Nicola Sturgeon, on her own ‘home turf’ as First Minister of Scotland, was unequivocal in her assertion that “climate change is a feminist issue” and, in no uncertain terms, “women are not pleading to be supported. We’re demanding to be empowered.”

“When women succeed, the world succeeds”

Nancy Pelosi, too, representing the U.S.’s return to the climate debate and its commitment to placing women at the very heart of the climate fight, paid homage to the other 7 female members of her delegation. She was also full of praise for colleague, Kathy Castor, Chair of the U.S. Select Committee on the Climate Crisis and what she called “the most ambitious climate action plan in American history”. It’s called Build Back Better with Women, because, she says, “when women succeed, the world succeeds”.

A Call to Action

UN Women’s Executive Director, Asa Regner, was also present at COP26 with stories of the many initiatives and climate solutions that women are already implementing around the globe. She called on all governments and stakeholders, and the UN itself, to invest more in supporting these initiatives and empowering the next generation of women in this area. She challenged them to really put their money where their mouth is, adding “Rhetoric is important, but reality change is the urgent focus now”.

So, we wait with bated breath to see if all the positive rhetoric we heard coming out of COP26 will, indeed, bring about the change needed. One thing is for sure if women have anything to do with it, it will!