Serena Williams an American professional tennis player and former world No. 1 in women’s singles tennis. At just 17 years old, she became the second African-American woman to win a Grand Slam title; she has since gone on to break numerous records, including 23 grand slam victories.

Serena Williams has said she enjoys using her influence to help women, especially since welcoming her daughter Alexis Olympia Ohanian Jr in September 2017-she was eight weeks pregnant when she won the Australian Open that January.

“In this society, women are not taught or expected to be that future leader or future CEO. The narrative has to change. And maybe it doesn’t get better in time for me, but someone in my position can show women and people of colour that we have a voice because lord knows I use mine. I love sticking up for people and supporting women. Being the voice that millions of people don’t have.”

Serena Williams has revealed that she is ‘proud’ to call herself a feminist has long been a crusader for women’s rights. She penned a passionate public letter calling for black women to demand equal pay. Published to coincide with Black Women’s Equal Pay Day, the tennis superstar said that the gender pay gap “hits women of colour the hardest. Black women are 37 cents behind men in the pay gap—in other words, for every dollar a man makes, black women make 63 cents“. Serena Williams has also partnered with Stuart and CEO of InHerShoes Movement, Judith Martinez, as the Stuart Weitzman x Vital Voices fifth grant recipient. InHerShoes nonprofit is centred on empowering the next generation of girls and women to live beyond fear and redefine their futures through one question: “What would you do if you were 1% more courageous?” 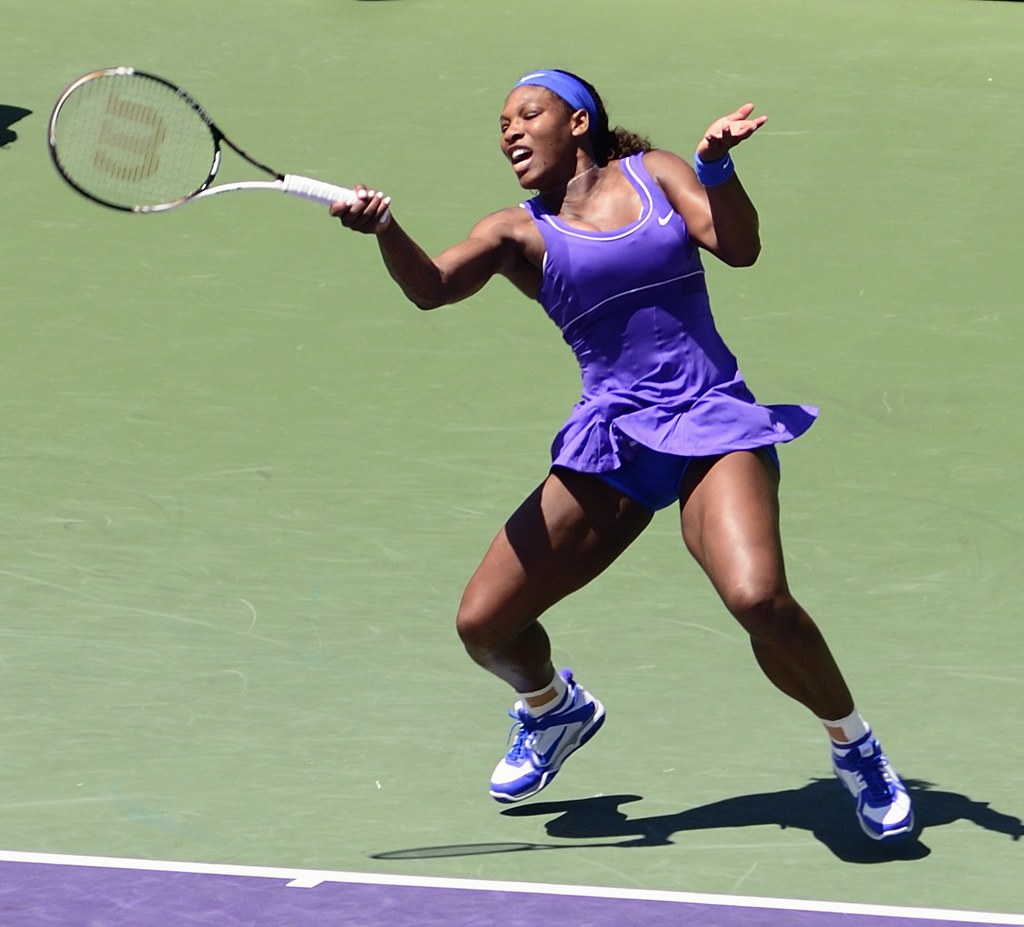 Serena Williams often uses her social media presence to pays tribute to Black women whose strength, courage and vision have changed history. Her Instagram includes posts about Mary Mahoney, the first licensed black nurse in the U.S.; Gwendolyn Brooks, the first African American woman to receive the Pulitzer Prize for poetry; physician and astronaut Mae Jemison, the first Black woman to fly into space; and Janet Collins, the first Black prima ballerina at the Metropolitan Opera.

In 2014, Serena Williams began hosting an annual charity run named “The Serena Williams Ultimate Fun Run”. The event supports the Serena Williams Fund, which helps underprivileged individuals and communities that are affected by senseless violence and to ensure equal access to education of youth.

Serena Williams has received several awards for her activism. She was listed among the 35 “most remarkable and beautiful black women” in the world by Essence magazine. Williams was also honoured with the President’s Award at the annual NAACP Image Awards.

Mary Barra and the importance of female CEOs