In October 2021, leap.club, the woman-focused professional network founded by Ragini Das in 2020 raised just under $1m in a round led by Enzia Ventures, a woman-led venture capital firm, including investments by 13 of the startup’s members.

Das, who had previously spent 6 years at Zamato leading various sales and growth teams, is now raising the first major institutional financing round for leap.club. Das has commented on the difficulty of raising money for a startup focused almost entirely on women. She said that “I’m pitching to a roomful of men for leap.club, which is basically for women…Finding someone who fits our bill… that gets tougher.”

She has faced what she calls “absurd” scenarios when trying to pitch for work. She has faced potential investors who ask whether she is going “to get married and leave” or if she is “here to stay.” Often, says Das, investors will ignore her when talking numbers at pitch sessions, and will instead ask her male co-founder. 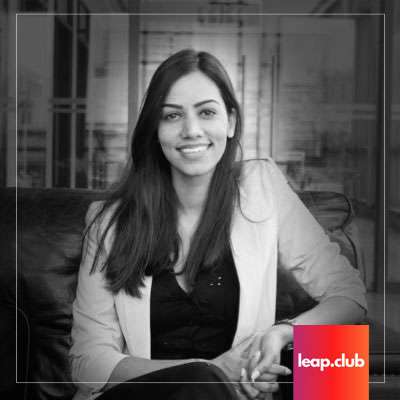 These stories are typical for female investors across the world. There is a huge imbalance in the funds raised by female founders, including those who raise with hybrid founder teams. According to PitchBook, in the United States, female-only founding teams garnered just 2 per cent of the $330bn invested by venture capitalists in 2021. This is a shocking statistic that must change, and comes despite the fact that gender equality has been a target for the majority of Venture Capital and Private Equity firms for a significant amount of time now.

Women like Ragini Das are trying to move away from the current state of investing. She says that “professional networking, especially for women, is broken.” This because, she notes, women are often locked out of the “old boys club” where activities are more generally male focused.

This is just one thing that Das is trying to change. Her recruiting and investment rounds are often female focused. She is just one of the many women driving change in the venture capital and private equity industries. It might currently seem like an uphill struggle but Das is determined to win!