Throughout the pandemic, attention has rightly been on world leaders and their policies. In particular, the media has discussed the relationship between national female leaders and their effectiveness of handling the pandemic. Studies have been conducted and found that ‘gender ‘really’ matters’ because the measures introduced by female world leaders have been more successful than their male counterparts. The first female leader of Germany, Angela Merkel has been praised for her pragmatic approach to the pandemic.

Angela Merkel’s calm leadership has been praised throughout her tenure as Chancellor of Germany, and this style has characterised her approach to the pandemic. She remained allied to the facts, and maintained a scientific approach. Having studied quantum chemistry, she has been influenced by the opinion of the German scientific community, which has urged restrictions and caution. Christine Lagarde, the ECB’s first female president praised Merkel’s approach to the crisis, and her transparent clear explanations of coronavirus data and infection rates helped explain to members of the public appreciate why and what measures were appropriate. For example, the importance of social distancing, isolating, and masks. 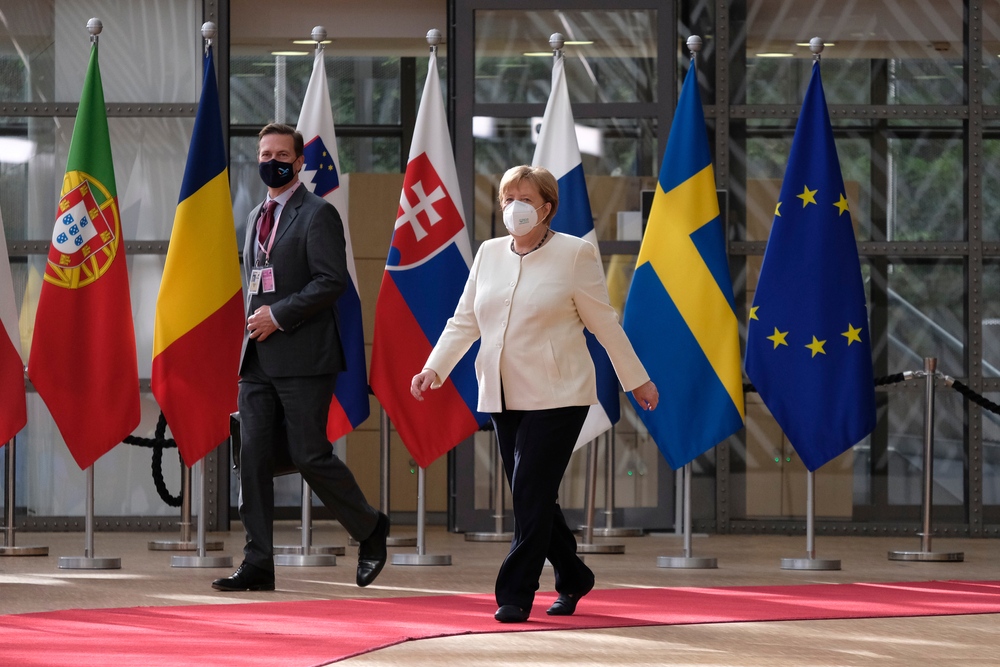 Early studies during the pandemic found that countries run by women had ‘systematically and significantly’ better Covid-19 outcomes, having locked down earlier and suffered fewer deaths than countries run by male leaders. Analysis in the early months of the coronavirus pandemic suggests that the reason women were rated as more effective leaders were that people valued leaders with traits that were more often displayed by women. These traits include collaboration, empathy and communication.

Female world leaders have been successful in combatting the effects of the pandemic, and Merkel is no exception. Considered to be the most powerful woman in the world by Forbes, as her tenure as Chancellor ends, Angela Merkel’s legacy is one of a calm, measured and strong female leader in Europe. Commended by her peers, Merkel’s steady handling of the pandemic reassured her voters, and her approval rating soared to over 70%.